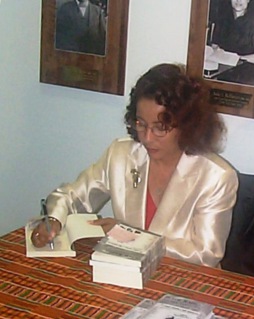 I always love to hear from my readers. Please don't hesitate to contact me at daradiolady@gmail.com.

Recommend this page on:

Marsha Washington George is a well known author who resides in the Metropolitan Atlanta area.  From her days of study at Bethune-Cookman University and the University of South Florida, she has embellished what it takes to illustrate historical research. Marsha's publication of the book "Black Radio...Winner Takes All!" tells the story of the true pioneers of Black Radio and has been highlighted in several trade magazines, featured at the Jacksonville, Florida Pride Book Club Writers Event, featured via the AT&T Pioneers Sponsorship and the AT&T Black Alliance.  Marsha was host of the Conversation with the Atlanta Radio Legends Presentation at the Auburn Avenue Research Library and in 2011 she was Honored as a Radio Historian at the NBPC Radio Awards in Atlanta and also had a profiled interview in the documentary "The Music is Recorded".

In 2016 Marsha took on the responsibility of becoming a member of the Board of the National Black Radio Hall of Fame based out of St. Louis, Mo., and is also President of the Atlanta Chapter whose facility will open in the later part of 2019 on Auburn Avenue in the historic Masonic Lodge and former Office of Martin Luther King, Jr.

March 19, 2018 Marsha was honored at the Ga State Capitol by the Georgia House of Representatives for her work as a Radio Historian and Humanitarian for her community service as well by the motion of House Resolution 1600.

August 4, 2019 Marsha received an honorable Proclamation from the Atlanta City Council for her historical work in the field of radio broadcasting.

Marsha was not only one of the writers of the AT&T Network Engineering Atlanta local publication, she has also assisted in the editorial presentations of the books... Divine Heritage - Pass It On, Not A Word, Under One Sky, Yes I Can, My Life With James-The Story of the Original James Brown Dancer; and Damn, Damn, Damn That's Life.

Spring 2020; Marsha was recognized for her community service in the newly released book Unselfish Women.

In the Winter of 2021; Marsha released her Poetry Book... Reflective Poems Of My Soul.  Readings and Influencers.

Marsha is known in the industry as "Radiolady!" 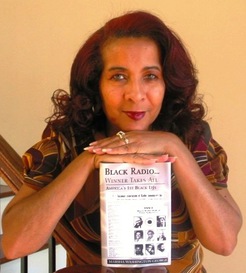 My book is available in Hardback, Paperback and E-Book; you may order on Amazon.com or through the publishing company www.xlibris.com